Rome, the Eternal City, is the capital and largest city of Italy and of the Lazio region. It is famous for being the home of the ancient Roman Empire, the Seven Hills, La Dolce Vita (the sweet life), the Vatican City and Three Coins in the Fountain. Rome, as a millennia-long center of power, culture (having been the cradle of one of the globe's greatest civilisations ever) and religion, has exerted a huge influence over the world in its roughly 2800 years of existence.

The historic centre of the city is a UNESCO World Heritage Site. With wonderful palaces, thousand-year-old churches, grand Romantic ruins, opulent monuments, ornate statues and graceful fountains, Rome has an immensely rich historical heritage and cosmopolitan atmosphere, making it one of Europe's and the world's most visited, famous, influential and beautiful capitals. Today, Rome has a growing nightlife scene and is also seen as a shopping heaven, being regarded as one of the fashion capitals of the world (some of Italy's oldest jewelry and clothing establishments were founded in the city).

Situated on the river Tiber, between the Apennine mountains and the Tyrrhenian Sea, the "Eternal City" was once the administrative centre of the mighty Roman Empire, ruling over a vast territory that stretched all the way from Britain to Mesopotamia. Today, the city is the seat of the Italian government and home to numerous ministerial offices. Rome has 2.6 million inhabitants while its metropolitan area is home to around 4.2 million.

Architecturally and culturally, Rome has some contrasts - you have areas with pompously huge majestic palaces, avenues and basilicas which are then surrounded by tiny alleyways, little churches and old houses; you may also find yourself walking from a grand palace and tree-lined elegant boulevard, into a small and cramped Medieval-like street.

With so many sights and things to do, Rome can truly be classified a "global city". 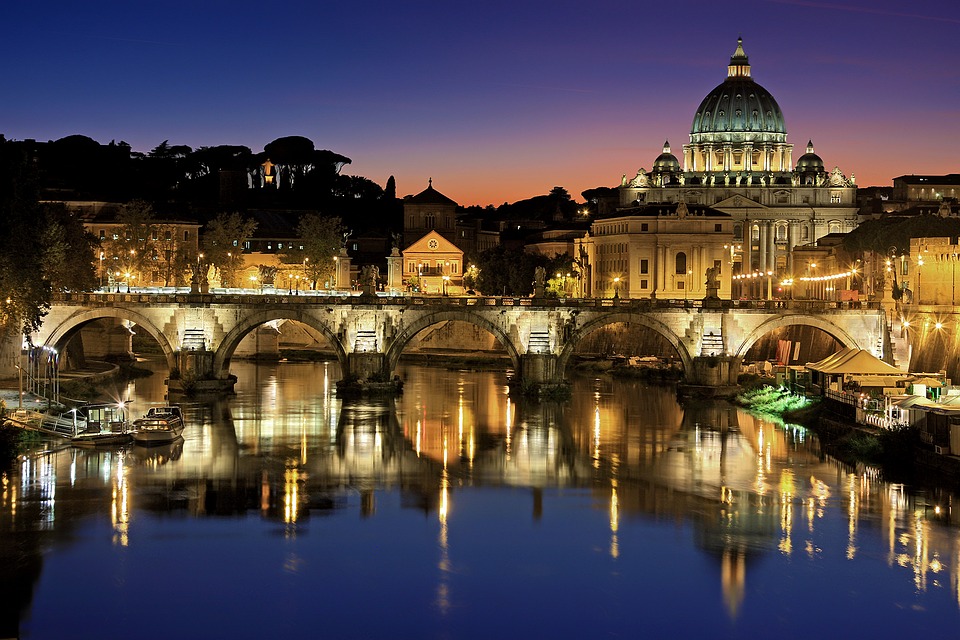